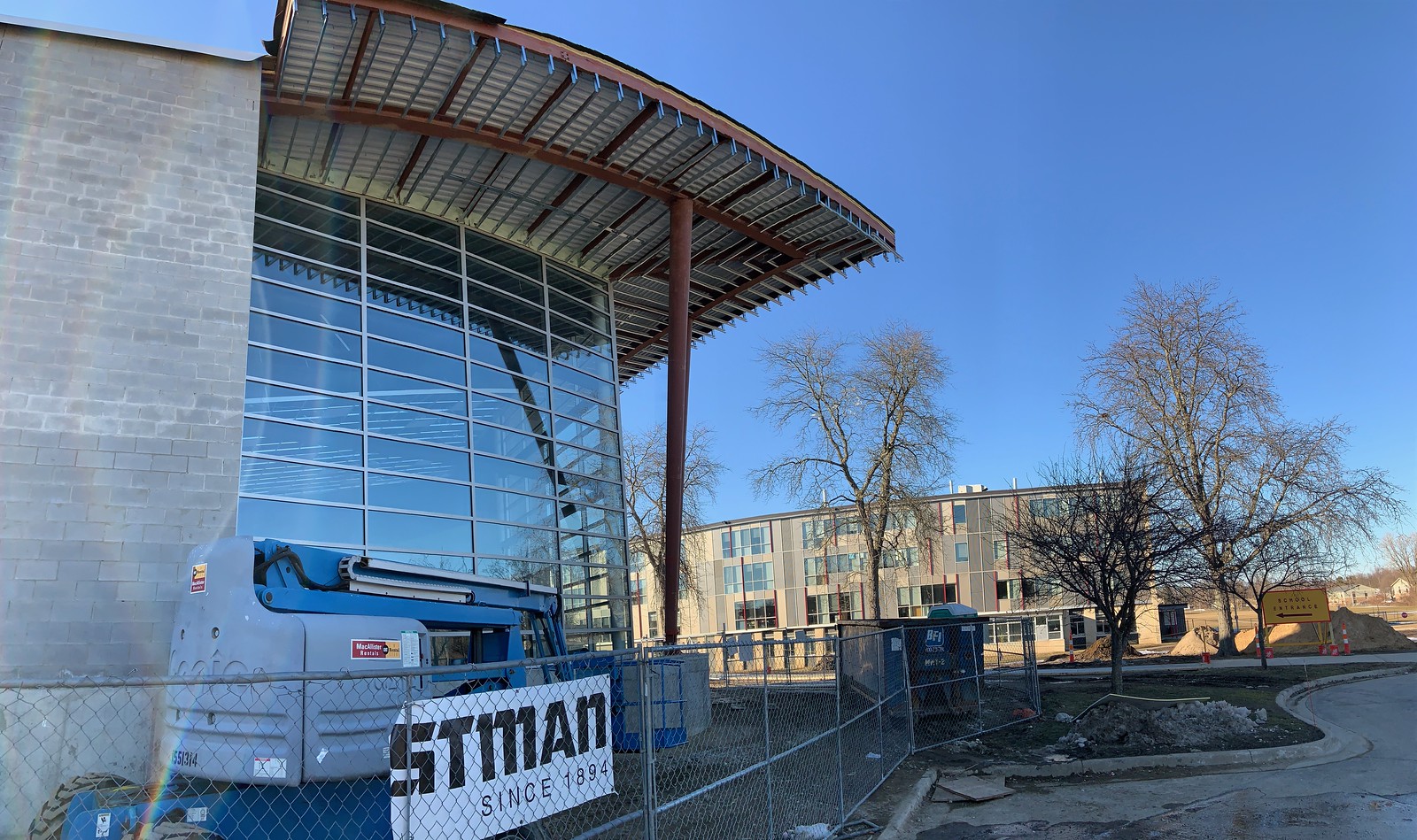 New construction and additions to Everett High School have been in the talks for years, and it’s finally becoming reality. The school dropped $25 million on renovations, making it the biggest of all projects within The Lansing School District.

“The new construction is a symbol of the community’s investment in our students,” said principal Jaime Gundrum. “This wouldn’t be happening if Lansing residents hadn’t passed the bond. These new facilities will help enhance our already awesome programs.”

The workers behind the hard hats you might see while driving by are from Lansing-based The Christman Company. Founded in 1894, they have been doing all of the Lansing School District’s bond construction.

On the four story side of the school, desks, chairs, stools, and tables were all replaced. Instead of being sent to a landfill, old furniture was donated to foreign countries in other schools.

“Even though the desks appeared to be in good shape, to our standards they needed replacement but to a third world country those were brand new,” said construction superintendent Steve Vaquera. “Through funding, bonds, and taxpayers [the community was] able to help a foreign country.”

Various new rooms include a new band room with storage space for instruments, mini practice rooms and teacher’s office all within one space. A video production classroom and studio is another new addition. It includes many features such as a classroom/computer lab area, a control room, and a recording studio. The auditorium has been completely renovated: new seating, new stage and backstage areas are currently in the process of being built. For art students and teachers, another room is currently in the works, a room with space designed for a kiln room for pottery and ventilated painting room.

“My favorite part of the new construction is the video production lab. Often when we have a unique or creative program, we just have to try to make it work in an existing classroom,” said Gundrum. “I’m so excited to see what our students will produce!”

A new security system for entering the building has been installed in which most doors don’t include door handles. The bathrooms, office area, clinic, and elevator have been given a complete makeover. This includes new fresh coats of paint, AC and carpeting. Vaquera said that some of the improvements were not in the original plans, but they were able to make it work.

“I talked to my subcontractors about donating carpeting and they said “Absolutely Steve, how much carpet do you need?” said Vaquera. “Typically it’s stuff they have in the warehouse that hasn’t been used so there are a couple areas where we are helping out the school.”

Throughout summer, the school is planning to have the kitchen and cafeteria revamped. The school is preparing to have things ready for students April 26, and staff are beyond excited for what’s upcoming in the next months. Most areas of Everett will be accessible, but the VAPA wing will be closed off at the small auditorium as construction continues.

“The changes will make a statement, even just to people driving by. It will show a modernization and upgrade that was greatly needed. I think that everyone will feel excitement and pride when they see the new changes,” said Gundrum.